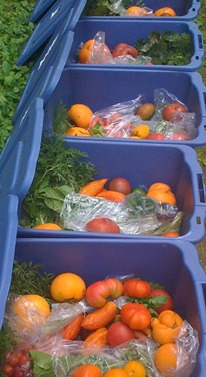 Since 2008,  the garden has expanded in size.  Each year some changes have been made in what is grown, but the goal has continued to be to provide members with a range of colorful vegetables—some which they are familiar with and see in the grocery store, some of which are new to them and unavailable elsewhere.

Every year has been a little different mix of weather, pests, problems and successes.  Methods used for preparing, planting, harvesting, and delivering continue to be tweaked to improve efficiency, reduce labor required, and provide the best quality product possible.​ 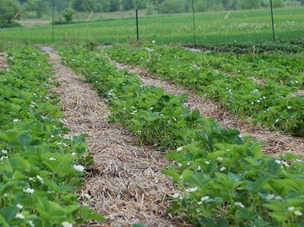 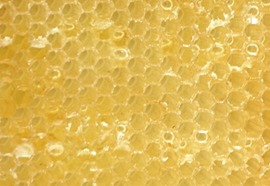 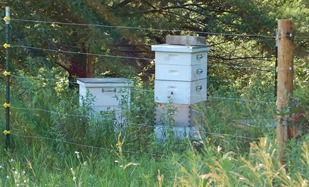 Based on the successful first year, the number of shares sold in 2008 doubled.  The garden expanded an additional ¼ acre to accommodate the increased quantity of shares sold.   A more robust fence was put in place, various weed barriers and mulching techniques were tested, a wider range of vegetables and varieties were planted, and a newsletter to members was developed.

The berries planted in 2007 began to produce large quantities of fruit increasing farm revenues appreciably.   Apple trees and rhubarb were planted to provide a future fruit crops.  Weather in 2008 was less conducive to plant growth; lower production in 2008 also pointed to the major need for soil development and improvement---particularly the need for more organic material in the sandy soil.  As a result, clover was planted in the field, cut and composted in 2009, and added as a supplement to the garden in the subsequent falls. 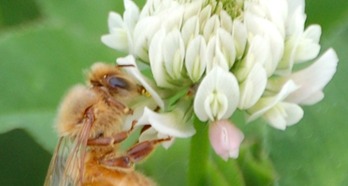 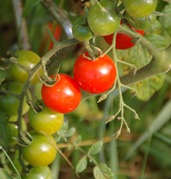 It's been fascinating to see the changes in the environment during the transition from conventional to organic farming.  The biological diversity has increased an amazing amount.  Some of this change has been good for crop production, some less good.

The same could be said of changing climate and unpredictable weather conditions.  To moderate some of the impacts of weather and to extend the growing season, a large hoophouse was constructed in 2012, with 2 smaller hoophouses added in recent years.  Greens, herbs and tomatoes have all benefitted from being grown in a more controlled environment.  In future, our goal is to grow a wider diversity of crops, develop new markets, and provide great habitat for all creatures....except maybe gophers... 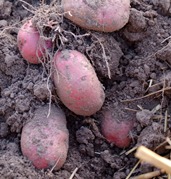 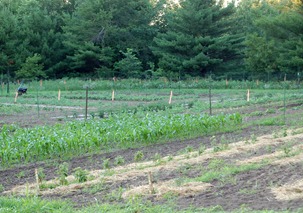 Thornfield started as an urge to keep bees in 2006.  To do so,  I needed a bee yard situated in a location that would offer a diverse set of honey producing crops.  Unfortunately the best physical location was on the edge of a small field that had been in conventional corn and soybean crop production for years.  It was perfect aside from that. I contacted the owners in the fall of 2006 and proposed that I take over the field lease and switch to more sustainable, bee friendly crops.   Because I had limited experience with field crops, my original intention was to plant/maintain a large vegetable garden with some berries for the first few years while I developed a less labor intensive cash crop for the field.  The first vegetable garden planted in spring of 2007 was approximately ½ acre in size with fairly standard vegetables planted and harvested.  The remaining field was planted in buckwheat both as a crop for the bees and also for green manure. 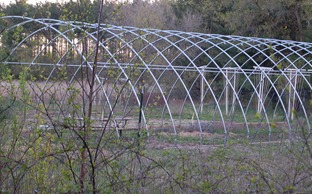 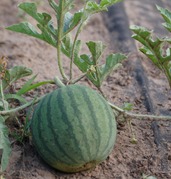 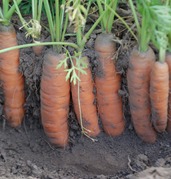